As announced in the Company press release dated October 25, 2022, holders of over 75 per cent. in principal amount of Bonds outstanding have voted in favour of certain consents and amendments (the “Consents and Amendments”) to the terms and conditions of the Bonds (the “Restructuring”). Under the terms of the Restructuring, certain Consents and Amendments become effective upon occurrence of the UK/EU/US Sanctions Approval Satisfaction Date (as defined in the Consent Solicitation Memorandum dated September 23, 2022).

The Company hereby announces that it has received the approval for the Restructuring from the Cyprus Sanctions Enforcement Unit (MEK) for the Financial Sector, which is the relevant sanctions authority in the European Union.

The Company will announce separately when the requested license or confirmation that no license is required is obtained from the UK sanctions authority.

The information contained in this press release does not constitute an offer of, or the solicitation of an offer to buy or subscribe for an offer to purchase or the solicitation of an offer to sell any security in the United States (except to QIBs) (including its territories and dependencies, any State of the United States and the District of Columbia) or to any person in any other jurisdiction to whom or in which such offer or solicitation is unlawful and, in particular, is not for distribution in Australia, South Africa, Canada or Japan. The Bonds have not been and will not be registered under the United States Securities Act of 1933, as amended (the “Securities Act”), or under the applicable securities laws of Australia, South Africa, Canada or Japan, and the Bonds may not be offered or sold in the United States unless registered under the Securities Act or pursuant to an exemption from, or in a transaction not subject to, such registration requirements. 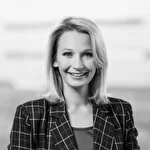